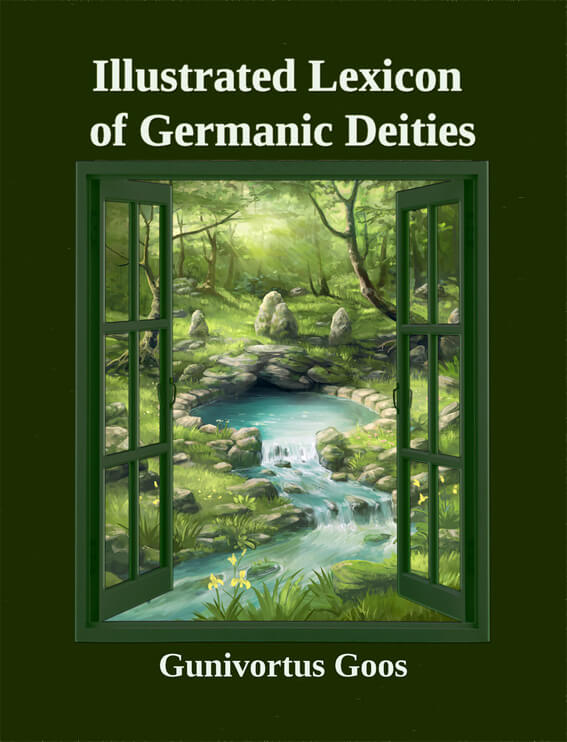 After the German language edition of this book appeared in 2020, I had more or less abandoned the project, but from far and wide came the request to make the book in English as well. After some hesitation – translations of my books I do myself – I then started the job anyway. And after two wonderful volunteer editors went through the manuscript thoroughly and corrected it for spelling and grammar, then shape was given to the present book, which was published in October 2022.
This lexicon contains, in alphabetical order of their names, information on about 290 deities, which can be called Germanic in its broadest sense. Included for these entries are inscriptions from Roman times (with illustrations, where available), further names in texts of medieval Scandinavian and Icelandic literature, and a number of other sources from during and after the Renaissance era. In addition to existing descriptions, much use was made of etymological analysis of the surviving names to try to infer the areas of power and responsibility and the meaning of the deity in question. The quality of the sources consulted varies greatly; they all have their shortcomings and leave many questions unanswered. Nevertheless, the lexicon attempts to present the gods and goddesses as unambiguously and critically as possible.
See in the menu above under ‘Books’.

You are mine, I am thine