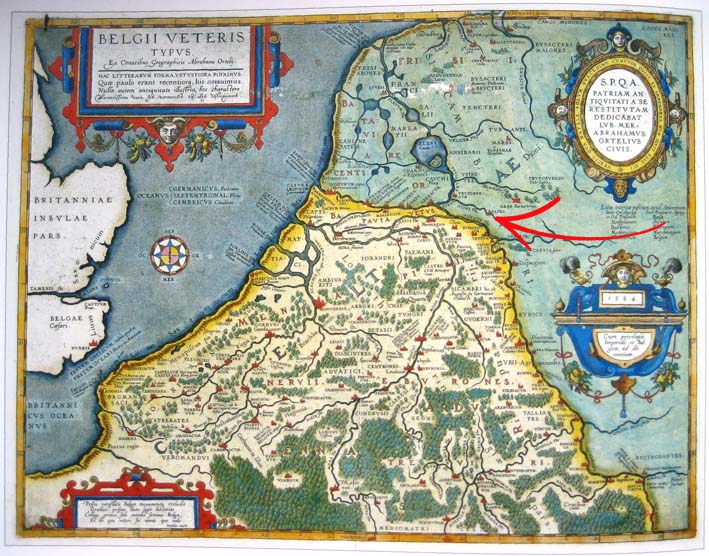 The Roman historian Velleius Paterculus (around 20/19 BCE – 30 CE) served as equestrian prefect and legatus for eight years in Germania and Pannonia under Tiberius. His two-volume work “Historia Romana” (“Roman history”) – the original title has not survived – was discovered in a garbled manuscript by Beatus Rhenanus in 1515 in the Abbey of Murbach in Alsace and is now considered lost. A copy has, however, survived. Paterculus writes in volume 2,120,4 of his work:
“The bravery of the camp prefect L. Caedicius and those who were locked up with him in Aliso and besieged by huge masses of Germanics deserve recognition. While overcoming all difficulties … they waited for the right moment, then they fought themselves with their swards the way back to their comrades. “

After the Varus battle, the Germanics conquered all military bases on the right bank of the Rhine – with the exception of a camp called Aliso. Attacked by Germanic tribes, the few remaining troops withstand the siege. In the end, they even made the breakthrough to the Rhine.
Was the town of Haltern Aliso? (Haltern is a town in the German state of Northrhine-Westphalia, bordering the north of the ‘Ruhr Region). There is much to be said in favor of it. In front of the south and east gates of the main camp, archaeologists found palisades as additional barriers and remnants of defense weapons. This and the mass grave in the working pit of a potter’s stove in front of the camp indicate a successfully blocked attack – and thus suggest that it is the steadfast Aliso.

Haltern is considered the best researched military base from the time of the Emperor Augustus. Several troop camps existed in succession on the Silverberg site. Here you can see which facilities belonged to a functioning legion camp which can also be assumed to be similar at other Roman locations.
The so-called main camp with fixed inner buildings, a ship landing stage for replenishment, traces of the camp suburb, a naval base with ship houses and barracks as well as a grave street are documented.

The LWL Roman Museum also includes a so-called “Roman construction site Aliso”, a faithful reconstruction of the west gate of the former Roman main camp, a wood-earth wall, defense towers and upstream trenches.
Below are some pictures of it I took while visiting there.