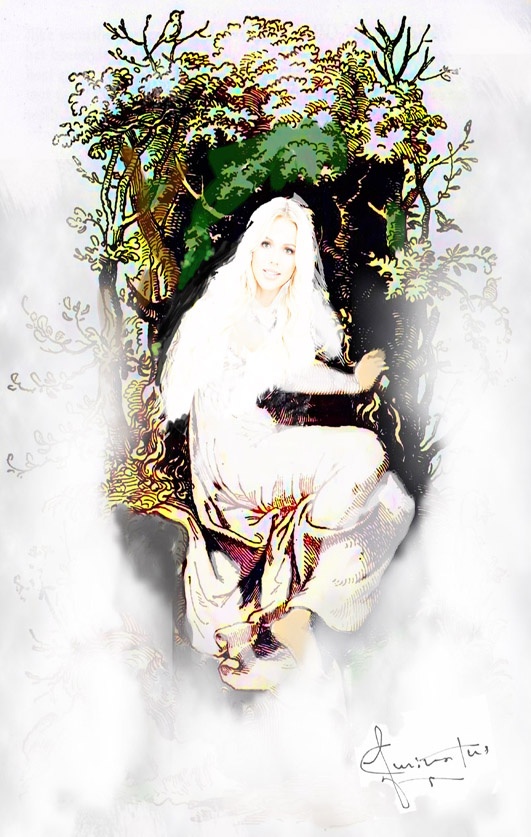 Quite a few years ago, it was in 2005, I published a small book in German, called “Nebelhexen”, which is, translated, Mist Witches. With the completion of that book, the topic was ticked off for me. Yet, my interest in Western European folk tales remained unbroken and the collection of acquired books with folktales, legends, etc. grew considerably over the years – before, it was already a lot. It was inevitable that also new folktales about Mist Witches also were added to the collection.
In January 2021, the idea arose to process all the new material in a new and greatly extended edition; this time, not only in German again, but also in English.
Creatures of mist appear in several mythologies in the world. The new book contains a chapter in which is told about that, it narrates stories from several countries and continents.
However, the main focus lies on the supernatural Mist Woman from a specific area in Western Europe, it is mainly the border region of the two countries Germany and the Netherlands. Especially in this region, predominantly in the Netherlands, these White Woman are up to the current day a vivid part of folklore there. This is, for example, expressed in literature, performing art, sculpture, recipes and hiking tours. In that region, those Mist Witches are called “Witte Wieven” (White Women) in several slightly different writings.
From that area, the new book contains over eighty! folktales.
It also contains a chapter in which gathered folklore and folk knowledge is presented, another chapter discusses the possible origin of these creatures and two other chapters present each a narrative, fictive stories about Mist Witrches by Dutch writers.
Well, there is some more in the book, but some things should kept secret until you have the book in your hands.
If all goes as expected, the book will be published in late Autumn or Winter this year.

Until we meet again