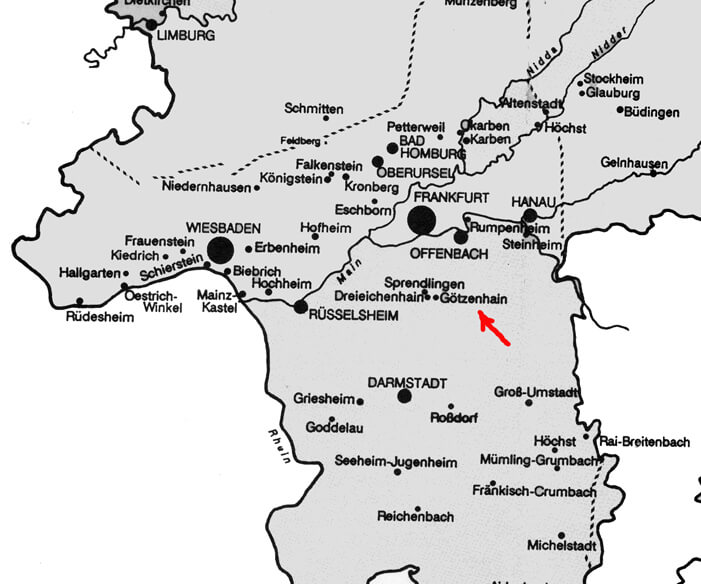 The nightwatchman of Götzenhain, today a district of the German town of Dreieich, once did his duty at All Saints’ Day. When the twelfth hour dawned, he was patrolling at the edge of the village. There he paused to call out loud the hour. His “Hear you people …” came just over his lips, then suddenly his voice died. To his horror, he saw ghostly figures standing around a blue-red fire. The fire blazed from the inside of a hill, and in it stood a strange earthenware vessel. In the firelight, the nightwatchman now saw a golden figure and next to it an ancient warrior who was carrying a spear. Next to the man was a dog with the size of a cattle and a long bloody tongue hanging from his mouth. The nightwatchman hurriedly turned tails and announced the next day to the authorities that he had seen the grave of an idol in the night and that there also a treasure was hidden. Now, as then the councilors were on the lookout at that place, they found so many hills in the morning light that the night watchman could not decide for anyone of them. and so the Götzenhainer people are still looking for the treasure until this very day.

And then the question:
Who could be the golden figure (female? male?) And who the warrior?
Have fun thinking about it. 🙂