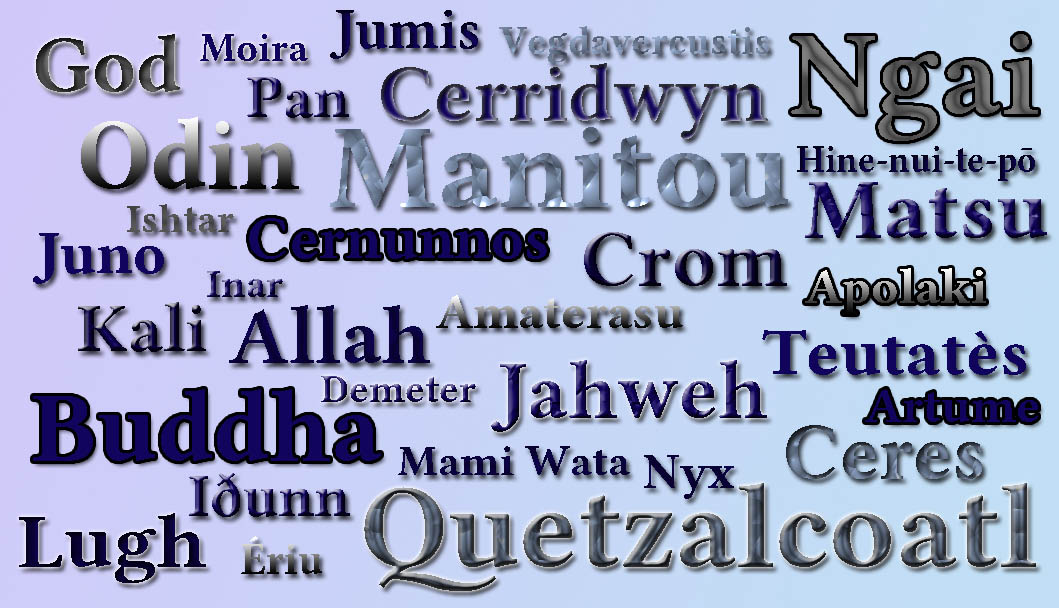 Since proving the existence of one or more Gods is often attempted there are many books on the topic. Some of those books are so theoretically advanced they are incomprehensible to the average reader. In this paper I, as an average reader, am going to attempt to write for average readers.

First:
By proof we generally expect the presentation of irrefutable facts or arguments, to include the development of conclusions through the application of logic and / or an ordered progression of thought. It is, however, reasonable to ask whether one can support faith in certain Gods by facts or arguments at all.

In Tacitus’ “Germania” Gods are named, Gods in which various tribes did truly believe, at least in Tacitus’ opinion. In the two Eddas, and in many legends and myths, Gods are similarly named, some repeatedly, some only once. Additionally, these sources describe the Gods, whom Germanics believed determined their existence and also the majority of everyday events. But did all, or even some, of these Gods really exist? These sources had no proof to support their writings, which makes it amazing how often the occurrence of Gods’ names in these sources is seen as proof of the Gods existence in and of themselves.

If certain Gods are named repeatedly in the different sources, that can mean that they were regarded as important in certain endeavors particular to life at that time. Nowadays, however, we have a completely different society, with substantial changes to the traditional endeavors and new concerns and activities which were not existent, or existent only in a very rudimentary form, among the Germanic tribes. It follows that the Gods of the significant fields of endeavor from that time should occur frequently in the sources, whereas those of the less significant fields should be sparsely referred to, or possibly left out completely. It would seem logical then that we, in the current age, need either other Gods, or changes in the understood scope of responsibility for some Gods.

Some of the names of Gods can be traced back through certain time periods and across linguistic derivations. We can conclude that certain names were recognized across numerous peoples with minor variations, but we can’t be certain that they all referred to the same deity. It is a possibility often even unlikely; but in any case, an strong element of presumption is introduced. If one accepts the logic behind such a presumption, then it’s easy to quickly accept the entire argument as fact. This is in spite of the presumption required, which effectively means we are accepting the existence of deities common to multiple tribes because it is consistent with our convictions, as opposed to empirical fact.

Additionally, some names are mentioned but not developed by the sources, and we cannot determine with any certainty whether a name refers to a God, and if so, what they were the God of. Simply rejecting such an ambiguous name would nonetheless be short-sighted. If some people dedicate themselves to such a divinity, than it is likely a God or a Goddess, even more if it is assumed that we are “called” by our Gods. If we reject the name, we are immediately faced with a slippery slope to Agnosticism, since there are good arguments for rejecting any divinity.

In any case, mythological sources are not a proof for the existence of the Gods. If Gods are not named in such sources, that does not prove they don’t exist.
Theologians of many religions also understood that, and therefore they look for their proof in lines of rational theoretical thought…
For example, there is the search for the existence of one or several great powers, who reign over good and evil, and offer an explanation for the purpose of our existence. This invariably leads to the following question, what intentions would these Gods have with us?

There have been many attempts to prove the existence of one or more Gods, but the resulting proofs are never based on where or how often a name occurs in mythological sources or how valid those sources are, instead the proofs rest on mental constructs, human logic, philosophical conclusions, and theoretical considerations, in short, on a whole array of unverifiable indications.

The existence of a god or the Gods was not seriously doubted until a few centuries ago. Prior to that, theoretical considerations in this field only supported the existing fundamental convictions. With the rise of analytical thinking and an increasing secularization of our society the question about proving the existence of God(s) emerged ever more frequently and became, in Christianity for example, its own philosophical discipline. Even today, also among the many heathens who have a fundamental conviction in the existence of their Gods, there is a search for logical explanations and generally accepted proof to support their faith. That does not have to be negative, unless thereby the faith of others is judged, or seen as speculative.

The own religion is never abstract for believers. For believing pagans the honored Gods are as real as any observable object, as are the myths. However, when someone hangs their faith in a divinity on where and how often the divinity appears in myths, sagas, and so on, it’s likely they have strayed from the correct faith.

Thus, according to our scientific standards, the existence of one or more divinities is not provable, it always finally comes down to belief, to the acceptance of a condition. That could be, for example, that there must be “something higher”, to which we owe our existence. Something “absolute”, something “all-powerful”, something incomprehensible, something unyieldingly permanent, in counterpoint to our transience….

For the mathematicians among us there is also “mathematical proof of the Gods”. A paraphrased quotation:
“a God or a Goddess is the supreme and infinite of a function within an equation, or is the entire equation. Through this the respective conception of a religion is considered. An example is a binary God (ambivalence) which is either infinite or supreme. Humans represent thereby a constant in a qualified equation.”

In order to prove anything explanations are necessary. Explaining means, however, describing the unknown with the known. There is a necessary chain that leads from knowing, to explaining, to understanding. Without knowing, there can be no explanation, and without explanation there can be no understanding. Since the Gods are not knowable, they cannot be explained or understood. That makes every proof speculative, and it all comes down to assumptions, to faith.

When we did not have a system of related legislative measures, then it might be
the question at all whether we, without faith in Gods, would maintain our moral values. If there were not a watching and decisive divinity, or faith that after death one lives in the proximity of a divinity, it’s plausible that a crucial, critical, constraint for our moral behavior would be lost.

There are plenty of arguments for the existence of our Gods, just not proof…

Is it really not completely harebrained to believe ‘my’ faith is more logical than yours because the name of my deity appears more frequently than yours in some kind of text?
Isn’t it just as abnormal that the existence of your honored deity is questionable, at least more questionable than mine, because your deity is scarcely noted in some old Codex, or is even omitted entirely?
Just because a name isn’t noted, that doesn’t prove that a particular deity doesn’t exist or didn’t exist under another name. Suppose it did, why should one not be allowed then to accept that such a divinity could be honored under another name…
And as to revelational religions towards pagan religions … it is as harebrained to claim the own religion as the only true one and other religions to defame or worse.

Another point … Maybe a deity would not hear an old name anymore. Can someone who has named their dog Wotan or Balder, the cat Freia, the computer Forseti, the canary Gerda, assumed the nickname Frigg, and named their son Thor, really expect each of these deities to react when their name is spoken? …..;-)….

There are heathens who regard many of the representations of the Gods, including their names, from my catalog of Gods in my book “Gods of the Germanic Peoples” as extremely speculative, and may therefore also reject the validity of the deities. However, they themselves support their beliefs by similarly speculative sources and possibly are not aware of it. These are sources about whose contents centuries of specialists have argued, sporadically issuing new explanations and deleting the old, with no shortage of ridiculous justifications coming from either.

As a Germanic heathen one must have a thick skin. However, if one is attacked because of their faith in a certain hardly mentioned divinity or several “unknown” Gods, even within the Asatru community, sneered at, and secretly or publicly criticized or ignored, then this indicates an illness within that community. We should react equally positively and without reservations to those who honor Lytir, Loll, Ostara, Thysa, Vagdavercustis, Perchta, and the many others, as well as those who honor Odin, Thor and Freyja.
Then we can leave the question about proofs of the respective divinities behind us, ridiculous in reason, at least as far as faith and religion are concerned.
On that note…