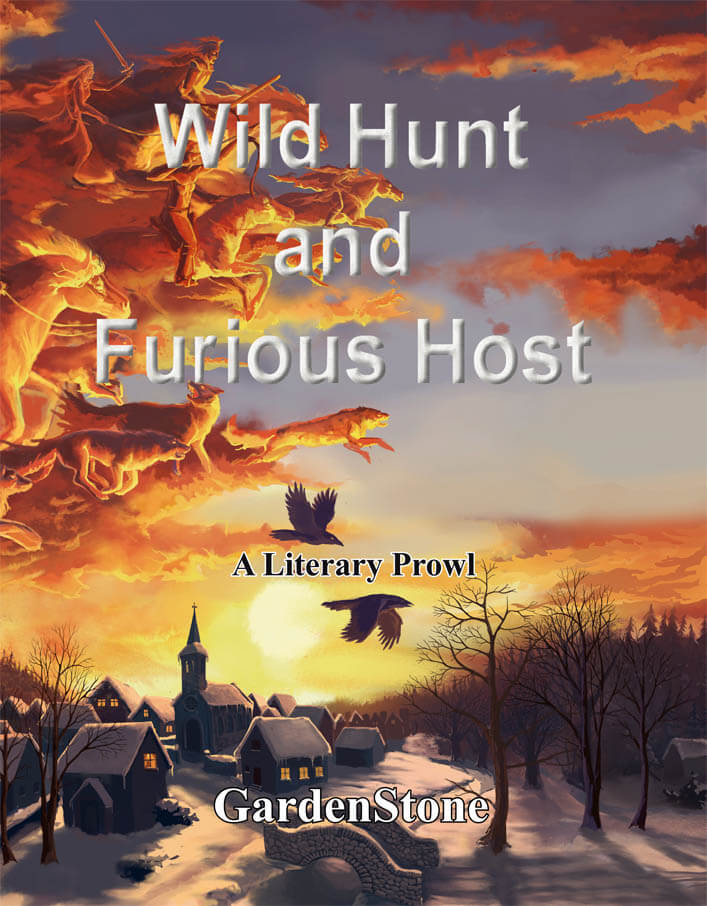 Processions of the dead, ghost armies, supernatural hunters, armies from the underworld who pursue or hunt through the sky or on the earth, appear all over the world in very different forms in mythology and folk belief.
This book takes you on a walk through a historical-literary landscape of that popular belief, more specifically the areas where the Wild Hunt, the Wild Hunter and the Furious Host occur. What makes this book perhaps different from many others, is that there lies a strong emphasis on the multitude of included original sources and texts from the Middle Ages. It will also examined and analyzed whether the popular assumption of an ancient connection between Woden and the Wild Hunter or the Furious Host was indeed passed down from pagan times.
However, not just the possible underlying ‘theories’ are offered; the original sources of the testimonies and many retold folk tales are also important parts too. The opulence of illustrations – including the cover picture – have their important functions too, as they underpin and enrich the text itself as well as visually evoking sentiments.

Buy your by the author autographed copy HERE