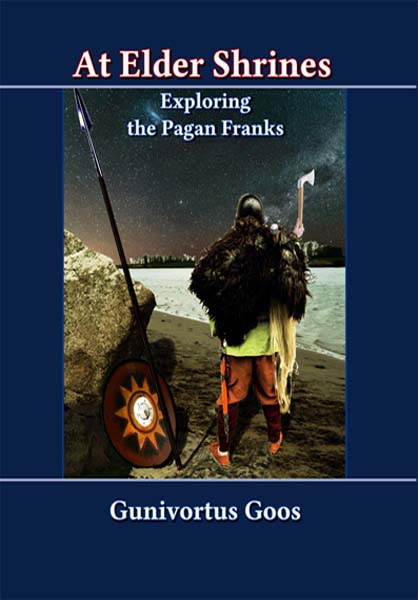 In this book, the Franks play the central role, specifically, during the time in which they were pagans. Their name appeared as early as the 3rd century as Germanic marauding bands from the Lower Rhine raided Gaul, and precisely there the timeframe of the book begins and, with a few digressions, ends with the baptism of the Frankish king Clovis.
The books leads step-by-step through the time, from the first Frankish warlords with their bands greedy for booty in the partially unprotected and wealthy Gaul, where the people lived in relative peace and prosperity), up to the first great kingdom under the Merovingian king Clovis.
Except for the chapter with the sources at the end and the preface, this book contains 17 narrative chapters, and each of them is centered around a specific theme. The titles of the chapters point clearly to their contents, such as “Sketching the Last Centuries of the (Western) Roman Empire”, “Early Mentions of the Franks”, “Paganism, Cults and Deities”, “Society and Culture”, “The Migration Period”, etc.

Order your by the author autographed copy HERE